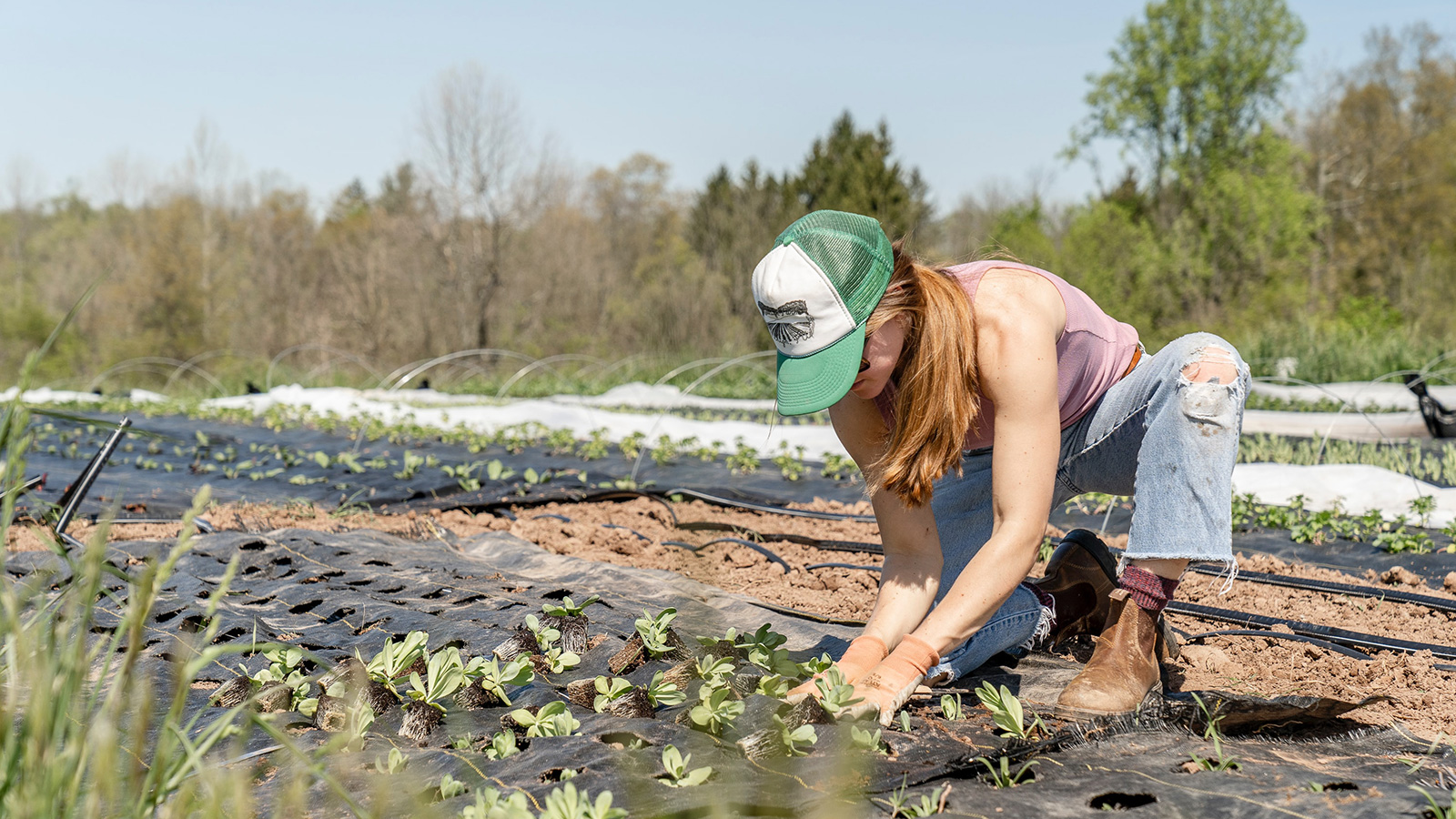 Regenerative agriculture is generally concerned with improving soil health, with the hope that this has positive knock-on effects for the environment.

This sounds good from an environmentalist point of view, but regenerative agriculture practices must also remain cost effective and practical for farmers and businesses. We look at the research to understand where the practices bring benefits, and the challenges to adopting this approach.

Can we improve levels of carbon in our soil?

Carbon is stored in the soil mainly through the build-up of soil organic matter: plant or animal tissue in various stages of breakdown. When we plough soil, we expose this matter to the air, leading to oxidation and the release of the carbon. This is bad for the soil, and contributes to climate change. There is growing evidence that regenerative practices can help keep carbon in the soil, and that this makes soil more productive. One American study found that increased levels of soil organic matter were directly linked to increased profitability of farms in the Northern Plains of the United States, and recent research by the CGIAR Research Program on Water, Land and Ecosystems has found that regenerative practices have the potential to sequester 4.3-6.9 gigatonnes of CO2 a year in the soil – that’s around half the annual global CO2 emissions from fossil fuels.

But it’s still not clear cut. A major challenge is a lack of data. There just hasn’t been enough research comparing carbon levels before and after regenerative practices to be sure that there is a direct link between such practices, and higher levels of soil carbon. What’s more, research has also shown that just one session of ploughing can undo years of regenerative practices, which means the effects are far from permanent.

In the last decade, there’s been an average drop in land productivity of 8.2% across the African continent as a result of soil degradation, and by some estimates, up to a quarter of the world’s soil could be degraded. Evidence suggests that regenerative practices can reduce soil erosion and in the process.

One key practice is the use of cover, or integrated, crops. Cover crops are grown outside the main crop growing season, while integrated crops are planted alongside it. Having crops in place all year helps reduce soil erosion in a number of ways, but predominantly through roots literally anchoring soil in place, and through a barrier effect above ground to the pounding of rain and wind.

Research in Zambia, where the Government has promoted integrated crops, has shown the positive effects. Growing legumes alongside maize increased maize yields through improved soil health.

But there are barriers. Research in the US has found that willing farmers just don’t have the time to plant cover crops, or the financial capability. They also reported feeling too specialised in one crop to feel confident diversifying. Clearly, a move to such practices must come with support.

Regenerative farming aims to reduce biodiversity loss. Below ground, biodiversity is essential to break down organic waste, which in turn becomes nutrients for plants and animals. And some fungi bind soil particles together, improving its water storage ability. Above ground it can support pollinators and deter pests.

Regenerative practices usually avoid pesticide use, relying instead on natural pesticides. It works: a study of farmland in the US found that farmers using regenerative practices actually had ten times fewer pests present in their crops. Diversifying crops can introduce natural or increase natural enemies to pests, leading to a pest mortality up to 54%.

Below ground, diverse organisms can bring soil back to life. In Southern Australia, introducing bacteria to depleted soil has led to its rebirth as usable land. Adding a mix of special fungi and nitrogen-fixing bacteria to sandy soil led to increased carbon levels by 45%, and water use has reduced by 20% as water retention of the soil improves. This correlates with wider research that suggests regenerative practices could help retain over 30% of water flow into major water basins.

Is this good for business?

The big question from farmers, and businesses that rely on farming, is: is it worth it?

One worry is that regenerative agricultural practices appear to decrease crop yields. But, farmers and businesses can charge a premium for sustainably grown crops, which means profits can increase – as much as two times over, one US study found.

And as outlined above, savings can be made in pesticide and water use, which reduces costs for producers. Research suggests regenerative techniques demand up to 45% less energy overall than conventional approaches.

It can also build resilience: a 30-year study found that in drought years, crops grown with regenerative techniques actually outperformed their conventional neighbours, which is a positive sign for a future of unpredictable weather patterns.

However, we still need more data to confirm causality. Before investing in big changes in agricultural practices, farmers and businesses need reassurance that the promised benefits are real – both environmental and financial. It is only by continuing to learn from farms across the world that are embracing regenerative agricultural practices, that we can adopt the best approaches to a more sustainable future.

If you are a business that shares the coalition members’ commitment to biodiversity and have already taken or are ready to take ambitious action to restore nature, you are encouraged to join our community.

For more information on how to join the One Planet Business for Biodiversity coalition, please contact us.